CONTROL OF THE KEY ISSUING

The system’s task is to optimize the process of issuing and retrieving keys. The solution is particularly useful in facilities where access to many rooms is provided with keys stored on porter’s premises. The system assumes co-responsibility (porter-employee) for the issued key.

The CHOMGUARD® key management system is based on a specialized program that manages the issuance and returns of keys and employee IDs and proximity keyrings (with keys attached to it) with an electronic contactless system.

Both the company and the university can build, as part of its own needs, a system that will easily organize the way of issuing and retrieving keys and in an easy and transparent way will allow identification of the person in possession of the key. The program enables very extensive reporting for control purposes. Each key issuing point is equipped with a reader and a terminal (computer with monitor) on which the software is installed. The person issuing the keys has his own card / keyring. The employee retrieving the key brings his / her keychain / card closer to the reader, which verifies the possibility of the key being picked up by the person. After positive verification, a message appears on the monitor screen confirming the right to retrieve the key. Then the porter approaches his card / keyring to authorize the transaction and then issues the above-mentioned key. Thanks to this we know exactly who is at the moment the owner of the key and which rooms are occupied at the given time. In facilities where there are several key dispatch points (lodge), the person collecting the key at the porter’s lodge no. 1 can return it at the porter’s lodge No. 3, and the fact of the return will be visible at each key dispatching point.

The CHOMGUARD® keys program works in the Ethernet network, so each station (equipped with the program) can show the current status of keys on the premises. The program makes it possible to plan key management according to pre-set calendars.

In particular, the system is intended for places where unauthorized access to keys occurs, e.g.:

Safe and controlled storage and distribution of keys is a key factor in limiting unauthorised access to individual rooms. Keys are only issued to authorised users on the basis of defined crops.

raising the level of security

IDENTIFICATION OF THE USER

The porter who issues keys and the employee who collects them bring their identifiers closer to the reader, after which the system recognizes persons.

The application checks the rights assigned to employees and displays messages on the monitor screen.

The spended key is entered into the list by bringing the tag closer to the RFID reader.

Release is accepted by the porter with approach of the tag to the RFID reader.

The system simplifies processes related to key circulation, eliminates unnecessary operations and reduces the risk of key loss. Functional solution forces users of keys to retrieve and submit them at the time and circumstances specified by the administrator, thus ensuring up-to-date information on key holders and full control over properly assigned cultivations.

Extensive software capabilities allow for efficient management of keys, users and permissions. A clear and intuitive application allows you to view all currently executed actions (release, return, etc.), as well as to create reports based on selected criteria. 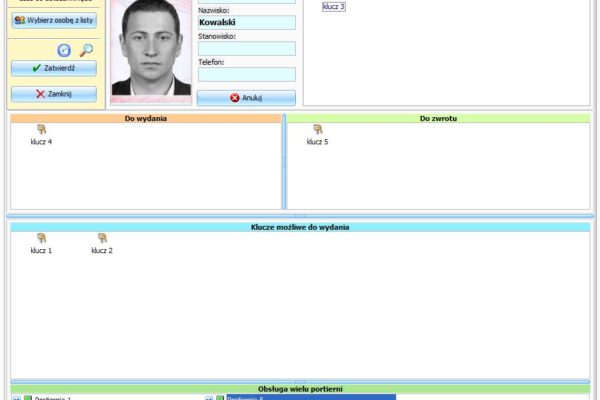 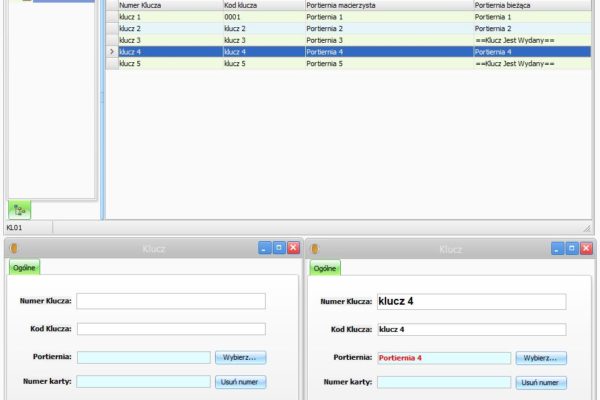 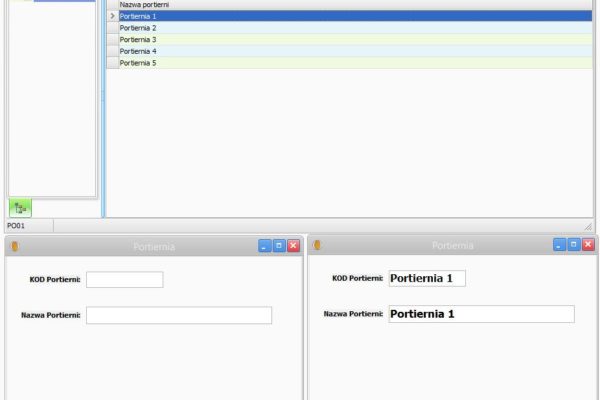